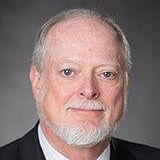 Bob Anderson is a licensed attorney in California and Colorado. He has practiced law since 1982, representing clients on a wide variety of banking and finance matters. Bob works with lenders, fund entities, borrowers and investors in structuring, negotiating and documenting all types of commercial and real estate finance transactions, including C&I credits, real estate construction and long-term financings, asset-based loans, M&A financings, loan securitizations, loan workouts and the disposition of both personal property and real property collateral in distressed situations.  He has also worked with financial institutions, fund entities, entrepreneurs, developers and strategic partners on numerous technology and energy infrastructure projects (including conventional and renewable energy generation, transmission and storage projects, water treatment facilities, agricultural and food-processing projects, and pharma, healthcare and medical device facilities).  Bob has acted as an outside general counsel to a number of his clients over the years, in which role he has gained a wide range of experience in general corporate, securities and M&A activities to complement his deep experience in lending matters.

Bob has spent most of his 40-year career in the law as a partner in one of several large law firms. Until the autumn of 2015, he led the world-wide renewable energy and clean technology practice group for Dorsey & Whitney LLP out of Dorsey’s Denver, CO offices, where he also headed up that firm’s banking and finance practice for that office.  At the beginning of 2016, Bob moved back to California (where he had previously practiced law for 30 years) and opened The Law Offices of Robert B. Anderson, where he has focused on providing cost-effective legal services to financial institutions on their lending transactions.  Bob represents several large foreign and domestic banks on their lending activities in the U.S., including Credit Agricole, U.S. Bank and Zions Bank (dba California Bank & Trust).

Prior to being a partner at Dorsey, Bob was the head of the Northern California banking groups for Nixon, Peabody and Buchalter, Nemer out of their respective San Francisco offices and served as the partner in charge of the California finance groups of LeBoeuf, Lamb and Lane, Powell when those firms had offices in California. While at these firms, Bob represented major international, national and regional banks such as Bank of America, Wells Fargo, Citibank, BNP Paribas, Deutsche Bank, Bank of Ireland, ABN Amro Bank, Key Bank, First Bank, California Bank & Trust, Greater Bay Bank, Silicon Valley Bank and East West Bank on a wide variety of C&I, asset-based, real estate, M&A, infrastructure, securitization, letter of credit and other financings and restructurings.

Bob has counseled both domestic and foreign clients throughout the U.S. and overseas in Asia (particularly China, Japan, South Korea, Indonesia, the Philippines and Vietnam), the Caribbean Basin, the Middle East and Africa. In addition to working with commercial lenders, private investors and project developers, he has arranged financings through government entities such as the U.S. Department of Energy, OPIC and Ex-Im Bank.

Honors and Activities: Participant (1980-81) and Executive Research Editor (1981-82) of the Hastings International and Comparative Law Review, Vice-President of the Dickinson Society of International Law, member of Phi Alpha Delta